“Hooooooly Shoot!” –is what our oldest five year old exclaimed the other night when we had much loved friends over.

I guarantee that as much as you didn’t expect those to be my first words written here, my husband and I were much more shocked.  (Our friends, on the other hand, were literal ROFL–that’s rolling on the floor laughing for my parents.)  If you have kids, I’m sure you’ve done the silent side eye conversations of “He got that from you!”  “No, I promise, it wasn’t me!”  “Then where??”  “I don’t know, maybe YOU.”

After only a couple leading questions, we learned he got it from Mater, everyone’s favorite tow truck.  While it was great news that he didn’t hear it from us or a classmate, my husband and I added that movie to the ever growing list of G rated movies that we’ll have to review because of what the kids are picking up from them.

Because here’s the thing:  we haven’t watched Cars for months, maybe more.  That means for however long it’s been since he heard that phrase, he’s been aware of and probably using it in his head or at school or anywhere else and this was just the first time we heard it.

Yes.  If “Holy Shoot” is the worst thing our five year old is saying, we have nothing to lose sleep over.  Honestly, I was horrified yet still quite impressed that he was able to use it in context.  We also know they need to know what’s appropriate versus inappropriate, and we can’t teach them by only exposing them to what’s appropriate.  Some lessons just can’t be taught until after the offense is committed.

But, we also know that our kids are in that fun age where they are watching everything we do.  Listening to everything we say (ask me about the time Derek and I realized we can no longer discuss school happenings over dinner with little pitchers with big ears at the table).  And someday, reading everything we write.  They’ve finally reached that age of observation and understanding.

That means, especially now during this pandemic, we are careful about what they hear: from us, from family, from friends, from the live press conferences held nationally, then state-wide, and then county.  Until this past week when school was cancelled for the time being, that included carefully worded questions about their day.  Did you wash your hands?  Is anyone sick?  Did you (to our pertually sick son) cough and sneeze into your elbow?  And maybe the question that I hated asking but knew I needed to: did anyone say anything to you that made you feel funny inside?

When my husband and I adopted our two children, soon to be three, we knew there would be some difficulties as a transracial family.  We’ve heard our kids described with and called derogatory names and phrases to our actual faces, and thanked God that our kids were much too young to understand.  We’ve heard all the little jokes, such as getting them ready for mathletes but not sports, and we expect to hear more.  We knew these things would happen, and we do our best to respond appropriately:  choosing to educate or ignore, but to always extend grace.

As Christians, we are called to turn the other cheek.  To always extend grace when every cell in me wants to do otherwise.  But once I move past that…when do we choose to educate or ignore?

How do I protect my children from the ugliness that many of their peers around the country are experiencing?

Our boys were born in China.  They’re Chinese-American.  And they are watching and listening to every single word being said.  You’re wrong if you think otherwise.

If you can get past the very bold and, yes, I realize controversial, title of this blog post called Why No Christian Should Call the Coronavirus the Chinese Virus, I’ll link it  here.

If you prefer not to read that post, then maybe read this: 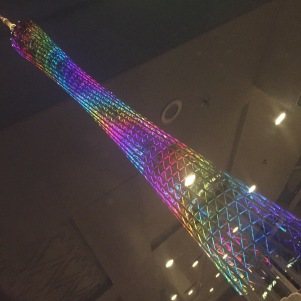 Two months ago, a man named Derek came down with a new, novel virus (we’ll say it’s a rhinovirus to not be redundant).  Because he was patient zero, the general public named it the Derek Virus despite scientists calling it RHIVID-20.  By calling it the Derek Virus, people weren’t intending to be racist; after all, using the same logic to call COVID-19 the Chinese Virus, it’s factually correct to call it the Derek Virus.  The Derek virus went on to infect millions, causing a global pandemic, loss of life, loss of jobs and housing, and tanked the economy.  Derek himself recovered, but he, and all the other Derek/Dereck/Derricks began to be targets of hate speech, cruelty and violence because people blamed them for something the original Derek unknowingly spread.  They associated the name Derek with disease, destruction, and death, and therefore anyone with that name suddenly had a target on their back.  Doesn’t it seem somewhat ridiculous that all of this chaos was caused to people with the name Derek just because everyone chose to call it that instead of its true name?

I realize there are flaws to this argument.  Mistakes have been made worldwide in each country’s handling of the novel coronavirus.  But when you insert your name or someone or something you love into the origin story of the new and novel virus, once you become synonamous with the contamination of the world, does it change how you think of the virus?  Can you still call COVID-19 the Chinese virus? 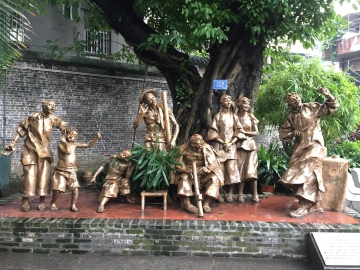 Yes, the novel coronavirus, named COVID-19, originated in China:  a country with cities and buildings as big as or even more impressive than here.  A country just as technologically advanced as ours, if not more.  A country that practices hospitality in a way that we here in America do not.  A country of art and culture and food that is unparalleled. A beautiful yet flawed country with stunning architecture, gorgeous landscapes, and a rich history.

America, a country with freedoms other people can only dream of.

And here I am in the middle, a white Midwestern mom of two Chinese boys now old enough to understand what’s being said around them (and hopefully soon one Taiwanese girl), trying to find the best way to explain the world’s events, knowing I can’t protect them from getting hurt.  Trying to explain that despite our differences, we still have a lot of similarities.  To teach them that God created each of us for a purpose, that no single one of us is better than the other but we are all made to glorify Him.  Trying to explain that just because something originated in their country of birth does not mean it defines it.  To teach them not just with my words but also by my actions and reactions, to love their neighbor despite our differences of race, culture, ethnicity or opinion, as Christ commanded us.