It’s no secret that our family loves the beach, and specifically the beaches along 30A. Every year, we make it a priority to spend a week together at one of the most beautiful stretches of sand in the world (no, really, I think it’s in Fodor’s or something, even though we still might be a little biased). Of course, the beach town vibes, the food, the shops, the lack of commercialization, the Southern charm, the white sand and warm Gulf coast waters all play major factors in why we choose this location to stop and reset as a family, year after year.

Any and each and every sunset, both the time leading up to it and the time just after it goes beyond the horizon. I’ve never not seen a gorgeous sunset there; and if you’re a Pirates of the Caribbean fan, you’ll understand the reference when I say we’ve even witnessed (and recorded) the “green flash”. And when the sun finally sets, the bell rings; signalling that the day is done and time to get ready for the next. Clouds or no clouds, the sky is a painting no one could ever replicate, no two the same, and even a photo never compare to seeing God’s paintbrush in person. 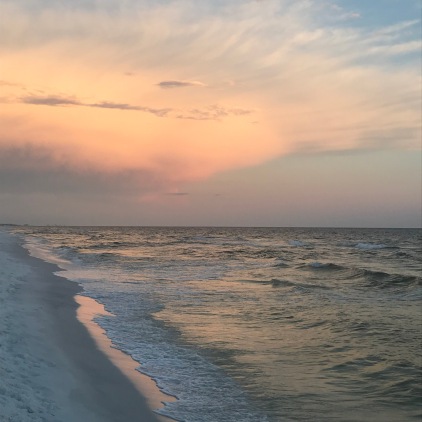 This year though, when we were watching the sunset in Seaside on our what we anticipated being our last night there as a family of four, I happened to look the other way, and saw something just as beautiful: the reflection of the sunset in the eastern sky. I never considered to look the other way; I was always so focused on the obvious beauty in front of me that I didn’t consider the beauty around me.

At the beginning of this week, we received the shocking news that we could be facing a three year wait time until referral, and three years is what they were hoping for; the possibility that it could be even longer exists. We were also encouraged to look into adoption programs with other countries. I have to admit, I spent a good part of the week angry, confused, and questioning God, His timing, His plan. The added bonus of watching constant content streaming in every feed reminding me that it’s National Adoption Month didn’t help my state of mind either.

Because obviously, since we’re following God’s leading, everything should go our way, right?

In the space of 24 hours, we went from having a plan to having no plan. We planned to adopt internationally from the same country again, the same country of our boys’ birth, knowing the wait might be a smidge longer but ultimately going the way of our previous two adoption with being matched fairly quickly. Suddenly, a possible three year wait is looming ahead of us, along with the unknowns of could we/should we pursue a different country–a country with a whole new set of rules, a whole new set of documents, a whole new process…a whole new everything.

The only way to describe how we were feeling is that we were standing in front of two doors…but were the doors half-open or half-shut? Which door was half-open? Were they both half-shut? Do we push or pull? Did we, after everything so far, do the wrong thing? Should we change our plans completely? Agencies? Countries? Ages? Throw in the towel altogether? Everything we were assuming we knew was suddenly not true, and we felt sucker punched.

And then we remembered, just like a light bulb went off. The country we were encouraged to pursue is the same country we originally planned to adopt from, before switching to the one we actually adopted from–twice. Talk about a full circle moment. 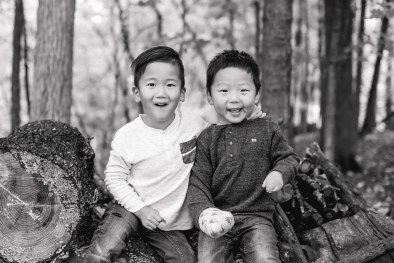 And look. Just look at how that turned out, even though it wasn’t our original plan.

We’ve been so focused on what was in front of us, the beauty of adoption from where we’ve been twice before, that we failed to consider beauty anywhere else. Because of these changes, we can open our home to a child from yet a different country, a different culture, a different ethnicity. Our focus wasn’t on the end game, providing a child with a home and family. Instead, our focus was on ourselves, and how this affected our own plans for our home and family–while not even being thankful for the family we’ve been given thus far.

So here we are. It may have taken us a week to process and understand and change our mindset–and yes, mourn a little bit–but we don’t have two doors half-closed or closing. We’ve had lots of questions and answers and Facebook messages and phone calls…and still have some questions that are unanswered. When we’re ready or able to, we will answer them. But, we have found out that we can and will apply to two programs simultaneously. Yes, we might be waiting a little longer…or we might not. Yes, we might not know what we’re doing…but really, does anyone? Yes, we might have to pay more, or we might not…but what’s the balance in our checking account compared to the actual life of a child?

These are the truths we came back to. Our heart for adoption has not changed. We are not alone in this journey. And we’ll have two doors to leave open, looking for the beauty from ashes waiting for us from whatever direction our son or daughter, our boys’ brother or sister, comes from; and we’ll be greeting them with open hearts and open arms, whenever that may be.

One Reply to “Looking Another Direction”